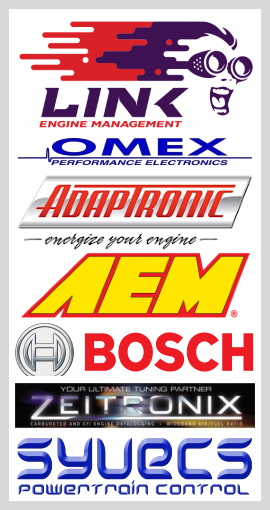 The SCS Delta 700 for the Renault Clio 197 or 200 RS. A powerful standalone ECU which controls the cars original functions.

From the respected UK based MOTORSPORT engine management manufacturer, SCS Delta, this direct replacement engine management system for the Renault Clio 197 or 200 RS controls all of the cars original functions including correct dash instrumentation, drive-by-wire throttle control and VVT via the cars original CAN-BUS system and the new ECU’s plug-and-play wiring harness. 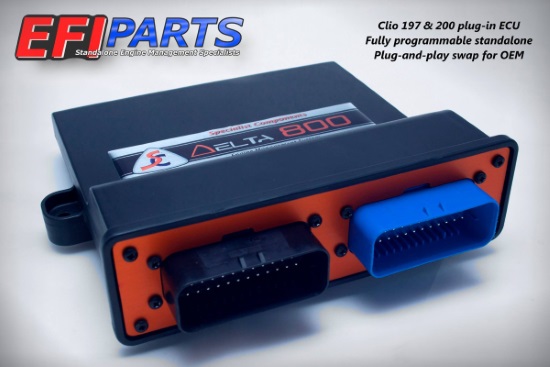 The package offered here includes the powerful Delta 700 ECU and an interface harness to connect to the original Renault ECU connector. No cutting or other wiring is required. (The kit formerly came with the Delta 800 ECU. In the case of the Clio we have lost no functionality by switching to the Delta 700 ECU, instead we have gained an internal wideband controller – previously that was something which had to be purchased separately, at additional cost.)

The ECU arrives with a fully functioning base map which will fire right up on any standard or close to standard Clio 197 or 200.

As well as being ideal for modified original layouts the ECU is equally at home controlling a throttle body engine (independent throttle bodies / ITB) or a forced induction engine with turbo or supercharger. It opens up a world of possibilities and a vast amount of tuning potential.

For further advice or to ask us about calibrating this ECU please don’t hesitate to get in contact.

Please note: These ECU’s have approximately a 10 day lead time. The adapter harnesses are made to order.

*** We're not currently able to ship internationally due to the huge numbers of returned parcels with no explanation (a result of parcels now needing detailed tariff codes we expect. Our sincere apologies for the inconvenience.) Kind regards, the EFI Team. Dismiss